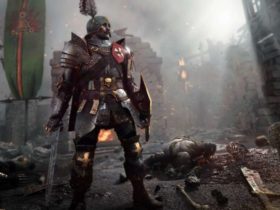 In For Honor, you play from a third-person perspective, the roles of historical soldiers like knights, samurais and vikings. The the game is set in a medieval fantasy world. Ubisoft released For Honor in Feb 2017 for PC, PS4 and Xbox One. Here we are going to see how to fix For Honor errors like crashes, language change and other errors.

Once the game was released for consoles and PC, the PC gamers were having some issues. This guide will list out these issues and their solutions/workarounds. Check out the system requirements mentioned below before you for the error fixes.

Crash on Launch or Crash in Starting

Try the following to fix issues while launching or starting the game.

For those playing on Steam,

For players on Uplay,

You may also contact Ubisoft customer support and send the following information in your request.

Restarting the game is the only solution at this point.

Beta Rewards Don’t Show Up in For Honor

As per Ubisoft’s tweet, the rewards will be accessible in the game later on.

Ubisoft in collaborated with Nvidia may release a new driver to make the game compatible with your Nvidia GPU so make sure to check for driver updates.

Change In-Game Language in For Honor

To change the in-game language, try the following:

To change the language within the game, follow these steps.

So those are details on how to fix For Honor errors.