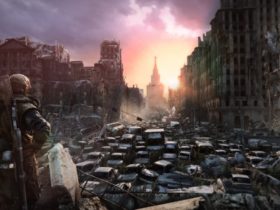 Here we are providing you solutions to some of the error that users have come across after the game released. Before proceeding, do have a look at the system requirements to run Homeworld: Deserts of Kharak.

If the framerate gets low, then turn off Steam overlay, Fraps, or any other apps that may be running in the background.

#2 “Your Game Crashed: Error” when playing Deserts of Kharak

Do a “verify game cache” on Steam. This will tell the files which are missing DLL files after the game was installed. So then you can fix it.

#3 Crashes on laptop when playing Deserts of Kharak

Make sure that the game uses the high performance GPU instead of the integrated GPU.

Patch for this is yet to be released.

Check for the following two things:

Restarting the mission is the only solution. You get this error in Mission 3.

This guide will be updated with new solutions as new issues surface. Are you having problems running Homeworld: Deserts of Kharak on your PC? Let us know in the comments. We will try our best to help you fix that.