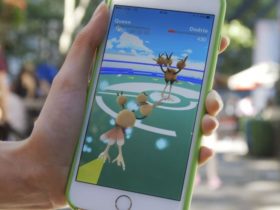 Pokemon GO Made $440 Million in 2 Months

The new game Overwatch by Blizzard is one of the most sought after games in the world. But it still has certain errors, fps issues, etc. despite having multiple successful beta tests. These can be fixed by minor workarounds and this How to Fix Overwatch Errors guide will show exactly that. But before you start with the fixes, do have a look at Overwatch System Requirements mentioned below.

Download the latest drivers, uninstall the old ones and do a fresh install. During this process, deselect the 3D vision options and check the clean install.

This is due to the advanced particle effects in the game which may not be handled by all graphic cards. Updating the graphic card drivers is the fix here.

Changing the TV resolution to what the game requires is the fix.

This error appears sometimes at start-up:-

Your Rendering Device Has Been Lost! Application Closing.

This can be fixed by updating one’s graphics driver and/or boosting the fps.

Unfortunately, there is no workaround to this but Blizzard is working on fixing this issue.

Try disabling the antivirus software and make sure no other programs are running except the game.

Try to run the game on a single monitor and update the graphic drivers.

Overclock memories in the BIOS settings may make the game crash at launch. Just set the clock speed back to default.

This is because of Overwatch Netgraph and it can be removed by pressing Ctrl + Shift + N.

The game should be running using the dedicated GPU (NVidia/AMD) and not the integrated one. Make sure the laptop is set to balanced or high performance mode.

If one’s CPU has less than 6 cores, multitasking will cause performance issues. Close all third-party applications.

There are some applications like Gigabyte, RealTek, etc. LAN Optimizer, KillerNIC, Asus GameFirst III or IV, and Hamachi VPN that cause latency. Disable/Uninstall these programs before playing the game.

Happens when the minimum system requirements do not match. If it does match though, make sure the latest updates are installed.

Service issues might be there as Blizzard has to serve a huge community. Keep track of it via twitter.

18. Fix for Overwatch – Kicked for Inactivity on Loading Screen

Make sure that antivirus or firewall isn’t blocking Overwatch. Make sure the NAT is open or disabled. If this doesn’t work, try restarting the router and the game. Or else, use a VPN.

Disable the D3D Gear till Blizzard launches a new update to fix this issue.

If the player is behind a router and getting disconnected frequently, disable the NAT.