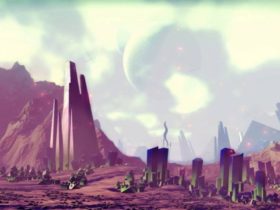 No Man’s Sky Guide: How to Switch Between Saved Games

If any soccer game that stands to the quality of EA FIFA, it’s definitely Pro Evolution Soccer. Some gamers including me prefer it over FIFA. If you are one of them, you must have played the latest Pro Evolution Soccer 16. The game has better visuals and the game physics have also been improved.

Some fans are facing issues while running PES 16 on PC. We compiled a list of errors with their solutions so that you can enjoy your game hassle free. This guide covers issues like low fps, stuttering, disconnection and more. We have also listed the system specifications of the game given by Konami. Make sure your rig is powerful enough before running the game.

To solve this problem, make sure that PES 2016 is available in your region and you have activated your copy. If the issue persists, try completely turning off your PC including your modem or router for a couple of minutes and restarting it. After that, try to play the game. The issue will be resolved.

To troubleshoot this issue, you need to perform the following steps.

This will solve the said issue.

If you are still unable to play online, you can temporarily play offline by going to Game Menu > Extra > Online settings > Auto Sign-in and turning it off.

Games like PES and FIFA are CPU intensive. So, make sure you have a powerful CPU. Secondly, form in-game settings, disable VSync and Triple Buffering. This should solve the issue.

More fixes are on their way. If you are having any trouble in running PES 2016 on your system, let us know in the comments. We will try to fix it as soon as we can.