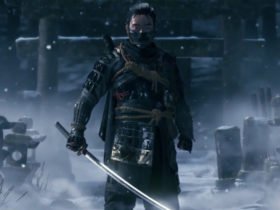 Pillars of Eternity is one of the greatest RPG games ever developed. It comes from the Fallout: New Vegas and South Park: The Stick of Truth developer, Obsidian Entertainment. The White March II expansion was released on February 2016.

The game has a few issues which the players have complained about. TheTech52 has compiled a list of most frequent bugs and glitches in the game along with their fixes. But also make sure that your PC meets the official system requirements to run the game. Check out them below.

This issue can be solved by a number of methods listed below.

This should fix the issue for most users.

If you launched the game but nothing happens, you can follow the workaround to fix the issue. You need to verify the integrity of the game cache. If all else fails, re-install the game to get it working.

If your game is running slow or you want to get those extra frames per second, you need to disable in in-game anti-aliasing. To do this, simply press ` key and type in the console “msaa 0” (without the quotes) and hit Enter. This disables the anti-aliasing features and results in a significant boost in the gameplay.

#4 Game stuck after loading issue in Pillars of Eternity fix:

If your Ranger animal companion is getting stuck after loading the save game, then you need to close the client. Then, relaunch it and load the last save which should fix the issue.

To fix stuttering / micro stuttering in Pillars of Eternity, disable all the unnecessary background tasks. Also, turn off your anti-virus software temporarily.

More issues and solutions will be updated in this article. If you are troubled by a certain issue, feel free to ask out.