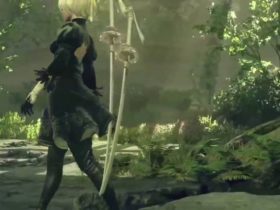 Slightly Mad Studios’ Project CARS is one of those racing simulators that look totally awesome on PC. At 4K resolution, the game blurs the line between video game simulation and real life. It was released back in May 2015 on PC.

Many gamers have reported of lag, crash, stuttering and other issues that have plagued this great game since launch. Below is the minimum and recommended system requirements announced by Slightly Mad Studios. If you have at least the minimum, then you are good to go for the next part of the article.

Firstly update your graphic card drivers to the latest version. Secondly, you need to tweak some in-game settings. Go to Graphics Settings in game and disable “Motion blur” and “Detailed grass” from there. Also turn off Vsync to get extra frames per second.

The most obvious reason behind this kind of issue in outdated graphic drivers. Get the latest stable version of the video card driver from the official site and do a clean install. Restart your PC after updating your drivers. Now try to play the game.

Sadly, not all Gaming wheels available in the market are compatible with Project Cars. You can check out the official list given by the publishers here. So if you don’t have one of from the list, buy a new one which is supported or you can stick with the keyboard and mouse. You can also try using third party tools to add support but no guarantee for them to work.

In Project Cars, the default language is set to English. However if you want to play the game in another language but weren’t to change it, here’s how to do it.

There are a number of reasons which might cause this kind of issue. Firstly, verify the integrity of the game cache files through Steam and download if any files are corrupted/missing. Now if the issue still persists, apply the following steps.

The primary fix to this problem would be updating the video card drivers. If the game is still slow, try lowering or turning off the in-game GPU intensive graphics settings like VSync.

If there are still issues, feel free to share your query in the comments section. We will try our best to fix the problems you are facing to play Project Cars. We will keep adding solutions to this page as new issues are encountered by the users.