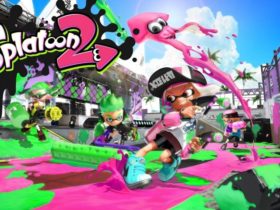 Sniper Elite 4, a third-person tactical shooter stealth video game, released on Feb 14, 2017. The game is developed by Rebellion Developments. It released for PC, PS4 and Xbox One. This guide gives you some workarounds and tips that you can try to fix common errors that gamers have come across. So let’s find out how to fix Sniper Elite 4 errors. But before that, have a look at the system requirements mentioned below.

This error may be fixed by updating the drivers.

The black screen issue in Sniper Elite 4 should be fixed if you lower the graphics settings and alter the screen resolution to 1024X768.

Low FPS is mostly due to driver issues. Update the drivers first and then see if that helps. If not, then go to Nvidia Control panel and make the setting changes given below.

You have to set

This error could be fixed by verifying the integrity of Game cache files. Follow the steps mentioned below and check if the issue gets fixed.

Try deactivating the antivirus and start the download again if the download is stuck at 99% even after you wait for very long for it to complete.

If you are a Nvidia user, then you may need to rollback the drivers and for that follow the steps given below.