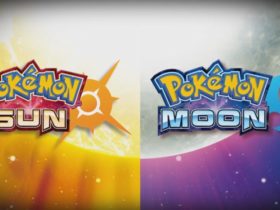 EA has released Star Wars Battlefront on PC and looks like it has fewer issues than other games generally have these days. Well, thanks to DICE and the prolonged beta period for such great optimization of the game for PC. However, there are still some players who are yet to enjoy the game because of some issues.

In this guide, we teach you how to fix the most frequent bugs and errors encountered in Star Wars Battlefront PC version. But before going any further, please make sure your PC meets the official system specifications to run the game. Find the minimum system requirements of the game below.

This issue can be solved by following the given steps:

This will disable Origin in game but you will be able to get play offline sessions. DICE is working to create a fix for this issue. So we need to be patient.

For this you need to download the missing DLL file from here and extract it in the game’s installation folder. Alternatively you can also download the DLL-Files Fixer from here and install it. Start the fixer and go to the “Install DLL files” tab from top. Enter “msvcp120.dll” in the search box. After that, it automatically installs the required DLL and your problem is solved. You can also check and fix registry errors with this software.

The only known solution to this issue is to repair the game files using Origin. And then restart the PC and launch the game. Hopefully this solves the issue. We will update this post as DICE comes up with something new.

This is an annoying issue which occurs when your Origin is corrupted. Make sure you install the latest version and also repair the game files if all else fails.

For this error, simply update your DirectX and video card drivers and restart your PC. The game should be running fine after that.

If you are still facing issues, feel free to ask in the comments. We will try our best to fix the problems you are facing to run the game. And we will keep updating this page as new issues are faced by the players.