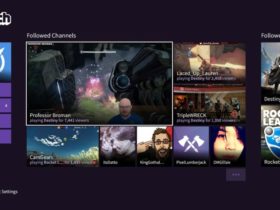 Today, a new game has been released namely Total War Warhammer on PC. Players are experiencing some issues which are likely to be sorted out in the coming updates and patches. However, this How to Fix Total War Warhammer Errors guide will show how to fix some of these common issues.

First, verify the file integrity. If that doesn’t work, restart the laptop/PC. Else, try running Steam in offline mode.

Update to the latest AMD drivers. They released a newer version compatible with the game.

Early adopters of the title and the people who pre-ordered the game have access to this DLC. Chaos doesn’t show up in the game sometimes in which case the player can try to restart his/her Steam client.

If the player tries to install the game from a disc but it starts downloading through steam, then here is what needs to be done:-

Type the following in Run:

Caused due to the latest NVidia drivers. Roll back to the previous version to solve this problem.

Patience is the solution here. Wait for at least 5 minutes as there are many lobbies which are hosted at the same time.