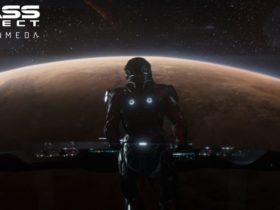 Valorant is the new girl in town and people are drooling over it. There’s a large part of CSGO’s playerbase which is moving on from the decades old shooter to this new character-based tactical game from Riot Games. The game launched on June 2nd, 2020 and broke several records on Twitch.tv.

Many have already got their first ace in the game while others are stuck with some issue. We have made a list of common issues while playing Valorant and how you can troubleshoot them. But first, let’s make sure you have the right PC configuration to run the game (even though a potato can also run it).

Now if you have one of the above specs or higher, you’re good to go. Now coming to the various issues, let’s see how you can fix them.

Valorant may crash while playing or even before launch. You have to make sure you have the latest game-ready drivers for the GPU you are using. You can update your drivers from GeForce Experience or Radeon Settings app depending on the chip. Also, you can try running the game as Administrator. You can do that by right clicking on the game’s shortcut on Desktop > Compatibility > check Run this program as administrator. Also, check the Disable Full-screen Optimization and then Apply. Hopefully you’ll be facing less crashes after doing these. Also, many have said that the crashes are happening due to the Vanguard Anti-cheat system. So, we have to wait for official patch to fully get rid of the issue.

You can face low FPS in Valorant if you are running it on a system below the minimum system specifications. In case, you’re not, you should try lowering the Graphics Quality settings in-game. You can set them as follow:

Also, make sure you have the latest update for Windows and GPU drivers to increase FPS.

Generally, Error Code 7 is encountered when the associated Riot account is suspended. The suspension can be due to several policy violations done by the player. So, make sure there isn’t any malicious software which is running in background while you are playing Valorant. You should check you email for more details on why the account was suspended.

Riot Games have a strict policy towards hacks and people who use them. In fact, the cheaters who used hacks during beta and were banned for that are still banned even after the official release.

This code means that your Riot account was logged in from other devices. To fix this, you should log out from all other devices on which you are not playing.

This issue happens when the user has programs from Gigabyte like App Centre installed on their system. You should uninstall all of them and reboot your PC. This fix has been confirmed by many users on Reddit.

You may face this issue when the game is down due to maintenance work being done by Riot Games. Obviously there’s no workaround for this and all we can do is wait while the maintenance lasts. Several people from Asian countries got Error Code 59 on the game’s launch day.

Error Code 43 can be fixed by restarting your game client. First exit the game. Close the launcher and even close the Vanguard anti-cheat and then reboot your Windows. After that, try to launch Valorant. The issue will be fixed.

This is similar to Error Code 46. This means the game’s servers are down due to ongoing maintenance and you’ll be able to play again once it’s done. You might have to update the game after the maintenance to play it as that is the case in general.

This is a work in progress article. We’ll keep updating it with new issues and how to fix them. Stay tuned.