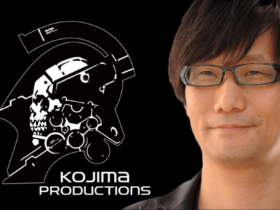 Kojima Production Getting An Official 63″ Statue

If there’s a game announcement that least expected this E3 then it has to be Bethesda’s Quake Champions. If that wasn’t enough, Bethesda told its fans that the title would be a PC exclusive title.

The revival of this classic franchise was accompanied by a CG trailer with no concrete release date yet.

In an interview with Gamespot, creative director of id Software Tim Willits has explained why they chose to limit this to the PC platform.

“It’s everything from input sampling of the mouse to making sure that your monitor refresh rate is fast enough,” said Willits. “Because even with Quake Live, we have found throughout the years that going from 30 to 60 is huge, but even 60 to 120–is noticeable.”

“Most of us, and even me, I can’t really tell the difference,” he further told. “But there are some players who are inhuman. And we can’t come out and say we’re going to make a game for them and not run ridiculously fast.

“Because if we lose the pro guys, we’re in trouble.”

“That’s why it’s a PC game. No excuses. No limitations,” he added.

So we know that being able to reach 120 frames-per-second is id Software’s top priority with Quake Champions. The title is mainly focused to the pros and certainly aims to regain its old position in the eSports industry.