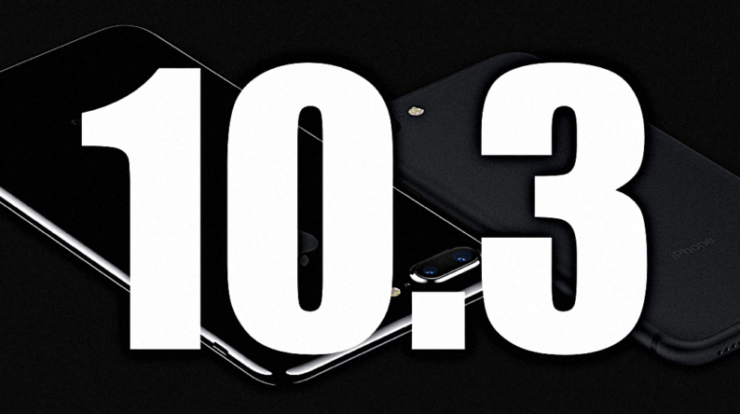 According to a reputed source, iOS update 10.3 is planned to release in early January 2017, bringing Theater Mode.

So What is Theater Mode?
According to Sonny Dickson, a man famous for leaking key Apple announcements ahead of time, has taken to Twitter to reveal that Cupertino is all set to release the iOS 10.3 update (in beta) on January 10th. Interestingly, not a lot of details are at hand, but what we do have right now is something which Apple might end up calling ‘Theater Mode’. That’s not just it though, it’s also rumored that this new feature will have its dedicated button in the Control Center, and will be shaped like a popcorn.
-WCCFTech

Though our speculations about the theater mode is that it will just bring a new feature to iOS that will feature a dark mode or dark player of some sort that might give you the experience of theater. But nonetheless, it is gonna be a good surprise.