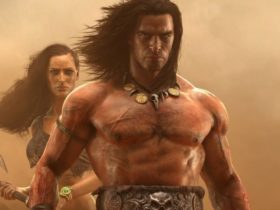 The Last Guardian is one of the most anticipated games of all-time, certainly of this year. It’s the third game of Team Ico, the developers of ICO and Shadow of the Collossus, two of the biggest points in favor of the “video games are art” argument.

The outlet DualShockers got to play the game and posted 16 minutes of raw gameplay, divided up into two parts.

Watch them here, you won’t want to miss this.

The Last Guardian finally releases, after many delays, on December 6. It’s a PlayStation 4 exclusive.