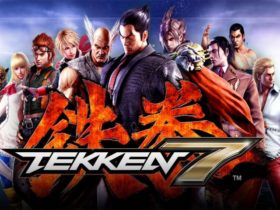 Apple’s recent event on March 21 was anticipated to announce the release of the MacBook 2016. But to the disappointment of many, no announcement was made. As per Ecumenical News, there is some good news. As per the recent rumors, MacBook 2016 with Retina Display may be released soon.

The devices that were the main focus of the “Let Us Loop You In” event held on March 21 were:

Although nothing was hinted in the event, rumors started after the event was over. It is reported that a tipster had noticed the device mentioned in OS X Server 5.1 update. The update arrived with a number of OS updates a few days ago. With the System Image Utility tool, a Mac OS X image it was found out that MacBook 2016 an upcoming model. A reference to the device has also been reported in the OS X Server update appearing under the NetInstall section.

The new MacBook which will the next version of the MacBook released last year, will be having a Retina display. MacBook was released in April last year. So we can anticipate the next model to arrive soon. If we believe the rumors then, Apple may also two more models , a 13-inch version of the MacBook along and a bigger 15-inch version in July this year.