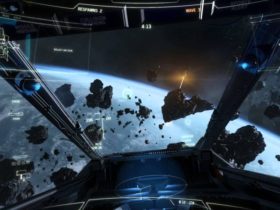 How to Play the Star Citizen Alpha for Free All Month

Developed by Hangar Games and published by 2K Games, Mafia 3 is an action adventure video game currently available for Microsoft Windows, MacOS, PS4 and Xbox One. It is the third installment in the Mafia series and the first title for Hangar 13. It was released on 7 Oct 2016.

In the game, the Underboss is a trustworthy lieutenant. He is recruited by Donovan and Lincoln. Three main underbosses of the game are – Cassandra, Vito and Burke. These underbosses unlock special weapons, perks, etc. This Underboss Unlocks And Upgrades guide will list them out.

Cassandra is the leader of the Haitian gang. Her three associates’ are:-

Burke is at the helm of the Irish mob in New Bordeaux. His associates’ are:-

Vito is the protagonist of the previous Mafia game. His three associates’ are:-