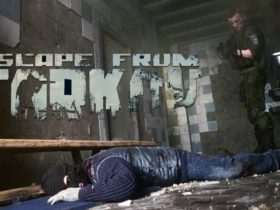 Microsoft just dropped the M bomb and reveal the gameplay trailer/teaser for Metro Exodus running on the Xbox One X. The game looks absolutely amazing and E3 2017 has just been spiced up.

It looks like a much more one person/solo driven game as compared to the previous games and there are so many important features the teaser captured. Running at the Xbox One X, the game was most probably running at 4K FPS.

With rogue-like elements comes a completely new story, we’ll wait and see for more for more news regarding the game. For more updates regarding E3 2017 and the upcoming games, stay tuned.