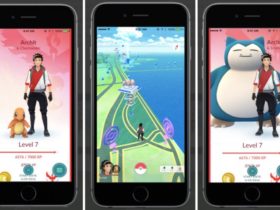 The Pokemon GO Buddy System Is a Smart Mechanic

Microsoft has done a lot in the past to bring forward their own Windows Defender; from updates and bulk-ups to anti-trust signatures from third party antivirus softwares, Microsoft has tried to do them all.

They are currently planning to expand promote Windows Defender over third party security  programs; Redmond outfit has already acquired Hexadite, a software security firm with researchers in Israel and headquarters in Boston.

After the deal is completed, Microsoft will start integrating Hexadite’s Anti-Malware prowess into the somewhat feable Windows Defender. Amazingly enough, artificial intelligence based autonomous investigation technologies will be incorporated which according to Microsoft, will make Defender Stronger, faster and overall much more effective in identifying malware.

Microsoft’s Terry Myerson stated in a blog post “Our vision is to deliver a new generation of security capabilities that helps our customers protect, detect and respond to the constantly evolving and ever-changing cyberthreat landscape, hexadite’s technology and talent will augment our existing capabilities and enable our ability to add new tools and services to Microsoft’s robust enterprise security offerings.”

While we do not know how much the company is going for; unnamed sources have said that it is somewhere in the $100 million region. The price shouldn’t be much of an issue, considering the growing security requirement. And, it was due time the company stepped up their security game.

While we know that Defender is already quite capable, the added hexadite solution will definitely beef it up by a lot. With the recent WannaCry malware attack was one of the worst one in a while, the public has definitely gotten on board the security band wagon and are insisting that companies bump up their security details.

Whatever the case may be, any beef added to the defender is fine by us, as long as it’s doing us good.