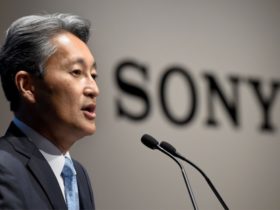 Microsoft’s PowerPoint 2016 is now equipped with some powerful tools. Yes, Microsoft launched PowerPoint Designer and Morph to give a whole new upgrade to multimedia presentations.

Here are some of the things that these exceedingly intelligent tools are capable of doing.

About PowerPoint Designer, Microsoft says that:

PowerPoint Designer allows anyone to create high quality professional slides within seconds. Just drop an image into your presentation and Designer provides you with several design ideas. Select your favorite and you’re done! This allows you to spend less time figuring out how to produce high quality designs and more time preparing for that key moment—your presentation.

This tool will take the PowerPoint presentations to a new level with its some great animations capabilities.

Morph creates cinematic motion by seamlessly animating between your slides. Morph doesn’t just animate regular text or images, it can animate 3-D shapes or be applied at a word or even character level, including text wrapping. Simply duplicate slides you want morphed together, move the objects based on how you want them to animate and click the Morph button under Transitions. You’ll be amazed with the quality of animations you create with just one click.

Microsoft’s PowerPoint 2016 is now packed with two very intelligent tools which are redefining PowerPoint presentations. At present PowerPoint Designer and Morph are available as premium offerings to Office 365 subscribers only. These features will be made available to other platforms later. But for commercial and consumer Office 365 users of Windows version of PowerPoint, the features is expected to be available by next couple of weeks.