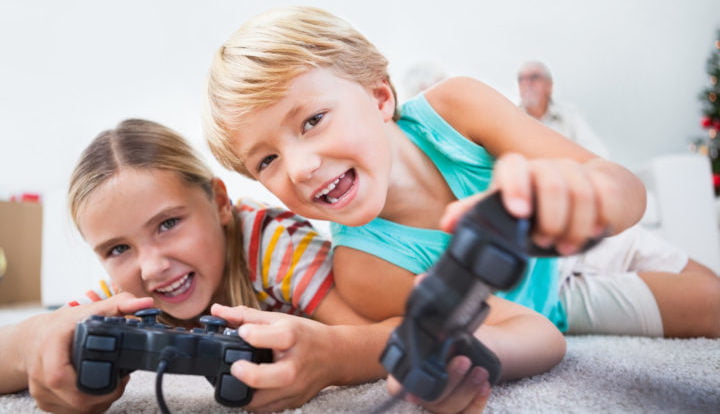 Many disgruntled parents would have you think that video games are the reason for all of the world’s troubles. Sure, there are some downsides to excessive video game-playing, but they’re opposed by the lesser known benefits.

We’re here to give you a few of the surprising benefits that video games actually have. Keep an open mind and see what the benefits of playing video games could do for you and your family.

The Benefits of Playing Video Games

Video games have come an extraordinarily long way since they were first invented around 50 years ago. In fact, the term “video game” encompasses so much that the term is almost an inaccurate one.

We’ll cover a number of the different things that video games are now capable in our rundown of their benefits. As you’ll see, the sophistication of video games allows for a number of benefits to the individual.

There’s a lot involved in the process of gaming, too, as we’ll cover in the next section.

Many role-playing games require the player to have an acute awareness of different factors at play in the game. War games in particular force the player to take note of tactical placements of enemies, abilities of enemies and how they interact with one’s own abilities, and more, depending on the game.

These factors culminate to develop a strong strategic ability in many people who play such games.

MMORPGs (massively multiplayer online role-playing games) are typically good places to start if you’re trying to get some strategic video game action. Summoners war is one such game. Take a peek at The Best Summoners War Website if you’re looking for any tips and tricks.

One of the pitfalls of video games, some say, is that they isolate users and diminish social skills. In a world of interconnected gaming, this is not so.

Users are often in touch with dozens of other human beings online while they’re playing any respective game. This leads to a direct, focused kind of communication that is based on problem-solving and coordination.

The element of teamwork is crucial in many online games, and a lot of servers will ban players who act out of line with respect to the team. The primary goal of online gaming is to succeed and enjoy the game, meaning that teamwork is essential and sportsmanship is greatly appreciated.

Another common critique of video games is that they will strain or harm your vision if you play them for too long.

Studies have shown that certain amounts of regular gaming can actually improve a person’s ability to differentiate between shades of grey. Additionally, gaming can increase one’s ability to follow multiple items at one time and keep up with extremely fast moving options.

Some drone and submarine technology was originally operated with very expensive, complicated controllers. There are some pieces of military technology that have now adapted to using Playstation and Xbox controllers.

This option is useful for a couple of reasons. First, those controllers are vastly cheaper than the original technology. Second, many military members have grown up using Xbox and PlayStation controllers for entertainment, so they’re very familiar with the controls.

Some elements of military games, such as drone strikes, are actually very similar to real-life applications. The video component of actual drone strikes is actually indistinguishable from the imagery used in games like Modern Warfare in some cases.

Many military and war games are based closely on actual events. Different squadrons, behaviors, lingoes, and battles are typically based off of historical information.

This isn’t contained to just military games, either. Literally, any historical situation that we have insight into could be turned into a video game, and many situations have been recreated.

Instead of watching a documentary on an event, you can now embody a character from that time period and act like them in a video game.

Some research is being done on the benefits of video games in pain management. Patients who are experiencing high amounts of pain are sometimes given video games as a distraction from their experience. Distraction, it turns out, is actually a really great way to relieve pain.

The specifics of how and why these kinds of distractions are useful still needs more research, but the individual experience of patients is enough to show that it is useful in some cases.

There are a lot of current and potential options that could help users with mental health issues.

First, exposure therapy is a reality of the video game industry. Take those who have a fear of flying, for example.

Those people, or anyone with a phobia, could simulate the experience of their fear in order to break down the experience before it happens in reality. There are also some video games on the market that have the distinct focus of treating issues like anxiety and depression.

The potential for informational gaming and educational online experiences is vast. Any number of issues could be addressed and worked through via video games.

Users who lack friends in real life can also find a place to connect with other individuals. People who are discriminated against or have disabilities are often faced with the trouble of engaging and connecting with people in their communities.

Communities online rarely discriminate against individuals, and there are thousands of options for all people who have highly-specific interests. Any niche of information or gaming that a person has can be paired with a community of gamers to engage with.

Want to Be More Engaged Online?

The benefits of playing video games don’t end at our list. There are many more for you to explore and engage in.  There are also a lot of things available for you to enjoy online. The first step to accessing them is understanding and actually knowing about the information. If you’re interested in learning more about getting engaged online and in the tech world, visit our site for the information you need.