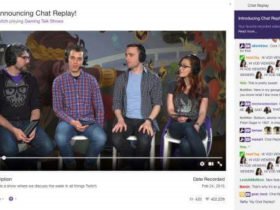 Twitch To Now Save Entire Chat With Archives

As we start of the New Year, we have decided to take some time to share with all gamers some of the video games that they can play on mobile. We know that not everyone has the time to sit on the desktop all day playing video games hence we have decided to share the following mobile-friendly video games which can be accessed as well as played on the go. Gamers ought to know that the following games can be played for profits at select online casinos, to do that, you can register at NetBet Casino.

Reigns: Game of Thrones is a strategy video game which is based on the popular HBO series, Game of Thrones. As a branded video game, players playing this game can assume the role of any one of the following: Sansa Stark, Tyrion Lannister, Daenerys Targaryen, Jon Snow and Cersei Lannister (note that at the start the player can only assume the role of Daenerys Targaryen but can unlock other characters as the game progresses). The objective in this video game is to sit on the Iron Throne, a thing which is not easy at all. To play this game, players will be asked questions and they have to answer those questions strategically (by way of choosing their preferred answers from those shown on the screen). The answers that are picked by the player will have huge impacts on several factors such as the player’s state wealth, domestic popularity, religious favours, and military strength. Brawl Stars is a multiplayer arena fighter video game. In this game, players assume the role of a brawler. Each brawler does have its own particular set of fighting skills. Some brawlers are great at combat fighting, others great at using weapons (guns), others are throwers and others are sharpshooters. Playing this video game, the objective for the player is to try and survive first and foremost and secondly, to kill as many enemy brawlers as possible. Fortnite is arguably the most popular game right now. Even celebrities such as Arsenal midfielder Mesut Ozil have publicly stated their love for the game. Fortnite is a multiplayer open world action game. In this game, the player assumes the role of a fighter. As a fighter, the player’s objective first and foremost is to try and survive upon landing down (some are killed as they land!). Once the player has successfully landed on earth, the player, therefore, will have to kill as many opponents as possible. The player is rewarded for his kills.