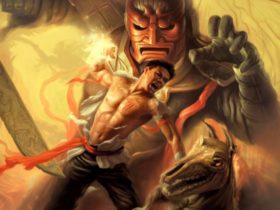 NASCAR Heat 2 is a racing video game. It is releasing on September 12. Monster Games is developing this game and it will be published by 704Games. This guides provides you NASCAR Heat 2 System Requirements known so far. The September release will be for PC, PS4 and Xbox One via Steam.

This year in June, it was announced that NASCAR Heat 2 will feature the NASCAR Camping World Truck Series and the NASCAR Xfinity Series. It will include Truck and Xfinity stand alone tracks and also the Eldora Speedway. Split screen multiplayer in which two players race together in head-to-head. NASCAR Heat 2 is bringing back 40-player online races. So get ready to race your way to the Monster Energy NASCAR Cup Series.

Get your system ready as NASCAR Heat 2 is releasing in a week.