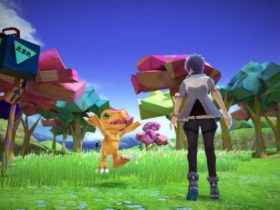 Let’s talk about NBA 2K18 secret trophies list. We will also see rest of the NBA 2K18 trophies. Before that let’s know about the game a little. NBA 2K18 released in September 2017 for PC, PS4, PS3, Xbox One, Xbox 360 and Nintendo Switch. NBA 2K18 is a basketball simulation video game. Visual Concepts developed it and is published by 2K Sports. The game marks the 19th installment in the NBA 2K video game franchise. NBA 2K18 has Kyrie Irving as the cover athlete for the regular edition of the game. The special editions has Shaquille O’Neal as the cover athlete and the Canada edition of the game has DeMar DeRozan of the Toronto Raptors featuring as the cover athlete.

NBA 2K18 has many game modes which includes the team-managing MyGM and MyLeague modes. These modes important during development. The game has MyCareer which lets the player play the career of their own player by creating one and playing through. NBA 2K18 also features a licenced soundtrack. There are 49 songs in the NBA 2K18 soundtrack. Below is the NBA 2K18 secret trophies list. Complete the tasks mentioned to get the trophies. There are seven NBA 2K18 secret trophies.

Fish Knows Best Task: Listen to the fish in your MyCOURT.

It Isn’t Over Yet Task: Use a lifeline in Pack and Playoffs in MyTEAM.

On The Dotted Line Task: Acquire a Signature Player in MyTEAM.

Man With A Plan Task: State your intentions for your franchise in MyGM.

On The Rise Task: Win as a member of a Pro-Level or higher 2K Pro-Am team.

Gimme A Boost Task: Purchase a skill boost at the Newsstand in MyCAREER.

One of… Task: Acquire a Numbered Player in MyTEAM.

Here are the list of all the NBA 2K18 trophies.

Kit And Kaboodle Task: Earn every trophy in NBA 2K18.

Perfection Task: Win all 10 games of ‘Greatest of All-Time’ in Play Now Online.

297 Problems and Domination IS One! Task: Earn 297 Stars by completing all Domination modes in MyTEAM.

Capped Out Task: Max out all of your badges in MyCAREER.

Double Trouble Task: Play a game with two players who form a duo in MyTEAM.

Draft, Schmaft Task: Win the Rookie of the Year award in MyCAREER.

Grindin’ Away Task: Achieve an overall rating of 90 in MyCAREER.

In The Zone Task: Score 50 points in the mini basketball game in the 2K Zone in MyCAREER.

King of Kings Task: Achieve a 10 game win streak on King of the Court in MyCAREER.

Marathon Man Task: Run 26.2 miles in the streets in MyCAREER.

What’s It Going To Be? Task: Make the pivotal decision for your franchise in MyGM.

Badge of Extreme Honor Task: Level up a badge to Hall of Fame in MyCAREER.

Badge of Honor Task: Earn a badge in MyCAREER.

Call-Up Time Task: Sign a player from the G-League to a contract in MyGM/MyLEAGUE.

Development Time Task: Send a player down to the G-League in MyGM/MyLEAGUE.

Half Court…Check Task: Play a game of Downtown, King of the Court, or Dunk Off in MyCAREER.

I Got This Task: Win a bet with Doc in MyCAREER.

Hope And A Dream Task: Sign a player to a Two-Way contract in MyGM/MyLEAGUE.

I Got You Task: Throw a long pass using Maximum Passing.

I Spy Spalding Task: Find the Spalding IQ equipment in the team practice facility in MyCAREER.

Inception Task: Play a game of NBA 2K18 against a friend in your MyCOURT.

Just Say No Task: Purchase a Card Pack in MyTEAM.

Let Doc Do His Thing Task: Get a haircut from the Barber Shop in MyCAREER.

Like A Top Task: Perform a spin with the Dribble Move button.

My All-Star Task: Be named an NBA All-Star in MyCAREER.

My Every Day Player Task: Become a starter in the NBA in MyCAREER.

Puttin’ In Work Task: Complete a full-team practice in MyCAREER.

Rat-A-Tat-Tat Task: Get a tattoo from the Tattoo Shop in MyCAREER.

Ringer Task: Beat a Tier 1 team with a team from a lower tier in Play Now Online.

Thanks, But No Thanks Task: Renounce the rights to one of your players in MyGM/MyLEAGUE.

The Draft And Stash Task: Draft a player that will remain overseas in MyGM/MyLEAGUE.

The First Of Many Task: Earn a Call-Up in Play Now Online.

The Juice is Loose Task: Get a juice from the Juice Stand in MyCAREER.

Unleash Chaos Task: Have two consecutive breakout games in the NBA in MyCAREER.

You Been Working Out? Task: Use every piece of gym equipment in MyCAREER.

You Do Know Jack Task: Correctly answer a trivia question in the 2K Zone in MyCAREER.