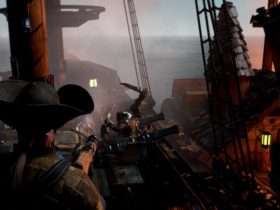 Is it almost time to give up the usual broadcast TV set top boxes? Is it time to finally embrace the internet TV? Well, it pretty much seems like it.

The television was invented by Scottish inventor, John L. Baird in the mid 1920s. Who would’ve thought that revolutionary invention would take over the entire world within a few decades. The television, during the 60s, were the major medium for influencing public opinion and advertising new products. Over the years, we’ve witnessed the transformation of usual CRT television sets to sets with curved OLED screens and what not.

The Rise of NETFLIX

What remained the same is the broadcast TV network. However, introduction of the internet has allowed this scenario to change in the recent years and we believe it’s a good thing. Reed Hastings founded Netflix in the 90s, which in the recent years, has become a worldwide brand. The streaming media service has become so popular among people that the firm has started producing original shows and even feature films.

According to the reports, NETFLIX crossed the 98 million mark of subscribers this year, 50 million of which are US residents.

From epic crime dramas like Narcos to the grim dark sci-fi based Stranger Things, Netflix’s library is full of interesting content to watch. Some of the Hollywood’s biggest stars like Kevin Spacey and Steven Spielberg are a part of these shows and the list keeps getting bigger. Not to forget, Brad Pitt’s latest war drama, War Machine will be released sometime this year on this platform.

But are they good enough?

This question may rise if you haven’t watched any of the shows yet? Trust us, they couldn’t be better. The amount of capital and effort put behind every show produced is huge. And that’s the reason what makes them authentic and keeps them interesting. The CW has come into an agreement which lets Netflix to stream already aired seasons of shows like The Flash and Arrow. Marvel Studios has all its R rated shows streaming on NETFLIX.

The company offers several plans to choose from depending upon the needs – the standard definition, the high definition and yes, the ultra high definition too. For these, users pay a monthly fee much like broadcast TV service. A DVD-by-mail business service delivers them at your doorstep. It uses its own content delivery network called Open Connect apart from third party services. Sweet, eh?

They made a whopping 8.83 billion USD last year and this year, it seems like it’ll be bigger.

Is it just NETFLIX or we have other options too?

Definitely! But are they as good as it? It depends. We have a number of similar streaming services coming out in the scene currently. Among them, the most popular names are Amazon Prime, HBO NOW, Hulu Plus and even YouTube. In fact, HBO NOW has immensely popular shows like Game of Thrones and Westworld which surely make it a tough choice.

But none of them have a catalog as big as NETFLIX and that’s reason behind it’s top position. People want fresh content and more content and NETFLIX has been killing it for the past couple of years.

Is it available for just TVs?

Are we even discussing this? No, it certainly isn’t limited to TVs. NETFLIX has its official app published in all major app stores. And this means, enjoying the latest episodes on the move. You just need a smart phone or a laptop and a stable internet connection and you are good to go.

Given such facilities, it’s about time we see everyone switch to streaming media.

So, what do you think about the changing scenario of conventional television? Do you think online streaming media services like NETFLIX and Amazon will take over the general household? Let us know in the comments section below.