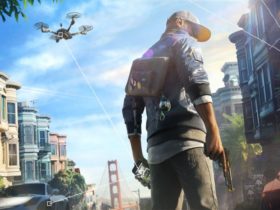 Watch Dogs 2 Guide: How to Get More Followers

Developer Disruptor Beam announced today at the New York Comic-Con that they’re working on a new Walking Dead game called The Walking Dead: March to War. It’s described as a story-driven multiplayer strategy game based on the comic book more than the TV show.

It’ll be free-to-play and will be releasing in 2017 for iOS and Android. Disruptor Beam also made the mobile games Game of Thrones: Ascent and Star Trek: Timelines, both of which were well received by gamers.

“We’ve had success bringing both Star Trek and Game of Thrones to mobile,” said Disruptor Beam CEO Jon Radoff in a statement. “We very much look forward to creating a similarly authentic and graphically impressive 3D game that truly brings to life the world fans love in The Walking Dead: March to War.”