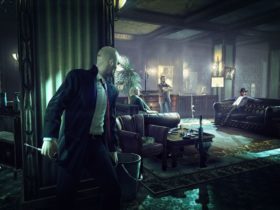 Nex Machina is a shoot ’em up video game developed for PC and PS4. The game has been developed and published by Housemarque. It released in June 2017. In Nex Machina, which is a twin-stick shoot ’em up game, you play it from a top-down perspective. You got to save humans while moving through rooms and shooting enemies. The game has Power-ups and weapon upgrades throughout levels. Here we will see how to save humans in Nex Machina.

Nex Machina How To Save Humans

The game tasks you with saving humans to progress to the next level. You need to be on the lookout for little green figures and the enemies. This guide will show how to save these humans in the game.

Once you spot these humans in the world, just move through them. Your character has to touch them. Doing that will save them along with rewarding you with a bonus when you finish the world. If you are not quick enough, the enemies will get to the humans and harvest them with a voice notifying you by saying Human Lost.

Read more: Nex Machina: How to Save Game