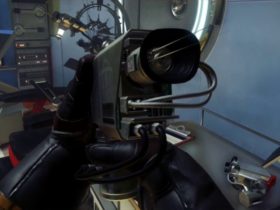 The DLC will allow the player to win new costumes, skins and hair colors. We also know that the DLC will cost 1500 Yen in Japan and will come out on May 2nd, according to Gamatsu. While we do know the release date for japan, no dates have been revealed for the West.

If you ever wanted to rip on some executives, the CEO of Platinum Games and Square Enix will be featured as bosses for you to completely annihilate.

Nier: Automata is available for the PC and PlayStation 4.