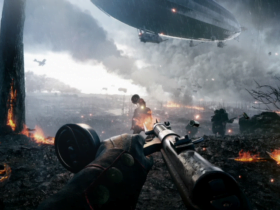 Battlefield 1 Guide: List Of War Bonds And How to Unlock For Each Class And Rank

It’s been a few months since Nintendo Switch has been out, sales are high and fan craze is even higher. Though the console is a massive success, there aren’t enough games to go around.

Sure, Zelda: Breath of the Wild is an amazing beauty and sure, Mario Kart 8 Deluxe is another great addition to the family but where are all the amazing games we were promised? Where is Skyrim? We’re not sure how the progress of porting an almost 5 year old game to the console is going but it doesn’t seem to be going fast.

If you have a Nintendo Switch, the most probable scenario is that you’re still playing Zelda: Breath of the Wild ( we are too ) and at this point, not having those promised third party titles is itching the nerves.

And releasing titles as fast as possible is the only way the console can stay afloat. Building in the grand success is crucial for the console to succeed. Otherwise, the currently enthusiastic fan base will come crumbling down on the company.

The company is also stepping out of its hardware-software comfort zone to further drum up interest, promoting its game franchises and characters at theme parks and in films

However excited the whole community was before the launch, has seemed to equalize on the fact that Nintendo Switch cannot (most probably) have as great a support for 3rd party vendors as compared to the other consoles. Even though this platform is easier to create games on as compared to PS4 or Xbox One.

What do you guys think? Is Nintendo responsible for releasing the Switch early and have little to no “new” games in plan? Or was it the right choice?