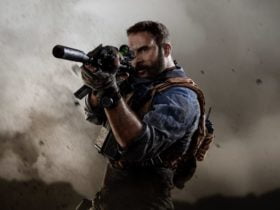 One Piece: Burning Blood is the first fighting game based on the popular anime franchise with 3v3 fights.

There will also be a 5000-piece “Marineford Edition” available at select retailers and directly via Bandai Namco. Those pre-ordering the game on PS4 or Xbox One will get an exclusive DLC pack that include Gear 4th Luffy and three other yet to be announced items.

Are you pre-ordering the game? Which platform do you prefer this new entry to play? Comment.