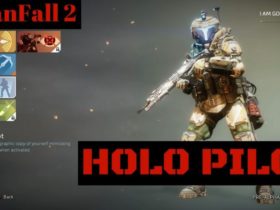 Titanfall 2 Guide: How to Use Holo Pilot

Till now, Pokemon GO is a blockbuster among fans and following such reception, Niantic has promised new features in the upcoming update. Fans have already caught many Pokemons and continue doing so. But some of you might still be clueless where and how to track a Pokemon. The ‘Nearby’ option actually helps the player track the distance of Pokemons around him/her. This guide helps you find Pokemons based on their proximity using the Nearby option.

How to Track Pokemon Using Footprints

For an instance, if a Pokemon has 1 footprint and others have 2 or 3 footprints, then it is nearer than the others. If a Pokemon has no footprints, then it is really close and almost about to spawn. The player needs to wait for 5 seconds for the Pokemon to appear. The number of footprints may increase or decrease based on the direction of the players movement. So, if you walk in the direction of a Pokemon, the number of footprints will decrease gradually.

You might also wonder why some of the Pokemons are colored while some are not. The ones already in your Pokedex will be colored and the others which are yet to be found will be grayed out.