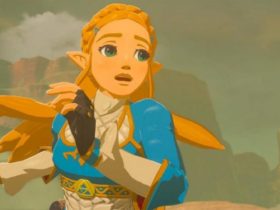 This Prey guide is about the game’s enemies list and how to defeat them. Prey, a game by Arkane Studios, released in May 2017 for PC, PS4 and Xbox One.

The enemies in this game are known as Typhon aliens and there are 8 different types of them. Each of them has their own unique ability so it’s critical to know their weaknesses to defeat them. This guide will describe all these 8 types of Typhon aliens.

Smallest ones and they chase items if you throw it at them. Their strength is in numbers and individually, they are weak. When faced with a horde of them, toss any object towards them and use Gloo Cannon to destroy their nest. You can also use Blotcaster. Recycler Charge and Kinect Blast also work well here.

These are enemies you will randomly encounter. Use Psychoscope to locate them. They consume human bodies to multiply. Shoot at them or use a wrench to hit them hard and destroy them. They are not difficult to defeat but they are difficult to spot. So if you see two cups or two chairs of the same feature, there’s a good chance one of them’s a mimic.

These enemies follow you around as you unlock more powers. These guys are the toughest enemies. Once you enter Deep Storage, a nightmare starts hunting you. Try to evade if you have a clear path to run or slow it down using the Gloo Gun. Running away is the only option as you can’t beat this enemy. Well, if you really want to beat it, its gonna be very tough. You need to use a lot of combo weapons. Example, use a Kinetic Blast while using a Shotgun and keep shooting.

These are corrupted bots flying around the space station. They can cause high damage so keep your distance. Use shotgun from a distance. They attack with lasers so make sure to dodge them.

These are dead corpses corrupted and turned into phantoms. They can teleport instantly to your place. Their speed is unreal so use Kinetic Blast to push them away. Use Gloo Gun here. Dodge their long range attacks as that causes a high damage. A fully upgraded shotgun is your best bet here.

These are evolved Weavers. They can become invisible. Use Psychoscope to track them. Use guns against them and make sure they don’t levitate too much or that can be difficult for you to shoot.

These things can control machines or any software or mechanical thing in the vicinity. It uses electronic nodes to attack you and can disable your weapons. Q-Beam or Gloo Gun can be disabled so use pistols and shotguns. A fully upgraded pistol is your best bet here. Take down the technopath first and don’t focus on the enemy machines as taking the technopath down will stop those machines.

These are mind controlling aliens that can control minds of crew members around. They are usually floating around the area and the members who are possessed will try to blast near you. So, you need to kill the crew members first before killing the telepath. Use a Stun gun here.

Multiple mimics combine to become a weaver. They are faster and can cause more damage. Use the Q-beam here.