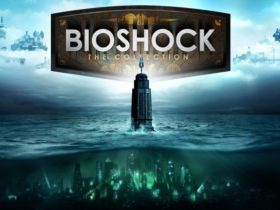 This Prey guide lists out Neuromod human abilities and skills. The game is developed by Arkane Studios and you can play it on PC, PS4 and Xbox One platforms.

Neuromod abilities can be upgraded through the Transcribe device after getting the Neuromod device. This guide will list out all the human abilities and skills and what benefits you get out of them.

Necropsy: Get high-value organ from Typhon corpse. Then the organ can be used to get exotic items in exchange.
Requires 2 Neuromod

Ability to improve gears, repairing and crushing problems with Wrench.

Leverage Level 2: You can pick even heavier objects and throw them on enemies
Requires 4 Neuromod

Leverage Level 3: Except for things fixed to the floor, you can lift others and even open unpowered door.
Requires 6 Neuromod

Below this level, Gunsmith can be unlocked up to Level 2 that requires 2 Neuromods. The ability allows you to modify and upgrade security weapons with weapon upgrade kit.

Dismantle: This gives you the ability to recover spare parts from destroyed operators and turrets by breaking them.

Material Expert: Recycling yield is increased by 20%. Under this, you get Lab Tech ability with Two Level unlocks. In the first, you will unlock non-standard technical weapons outside the scope of modification and under the second, you can fully  upgrade the above weapons using weapon upgrade kits.

Impact Calibration: There are two levels under this ability. The first level reduces stamina. It also cost for  an increased wrench attack by 25%. At Level 2 your wrench attack damage is boosted by 50%.

Further you can also unlock Pulverize ability which requires 4 Neuromods. This will add 25% higher chance of a boosted bonus damage wrench attack.

SECURITY: Increase your physical abilities and skills with firearms and security tactics.

Firearms: There are two levels under this and each one of them boosts the damage caused by security weapons along with a chance to get a critical hit.

Conditioning: Under this, Toughness levels can be increased for various activities. This will get you higher health when you reach it. Your Health will rise to 105 and stamina will be 105.5% faster on running, sneaking, climbing and sprinting.

Combat Focus: Capability to get into combat focus increases with time under different levels.

There are two levels for Sneak Attack, with each level you can do more damages without getting noticed.

May 31, 2020
Load More
Please support this website by adding us to your whitelist in your ad blocker. Ads are what helps us bring you premium content! Thank you!