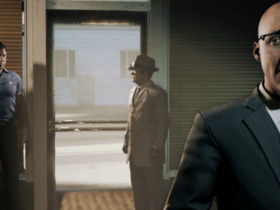 Mafia 3 Guide: How to Open Doors With A Kick

In Prey, you get to prey as Morgan Yu who is in a space station, Talos 1. You have to survive fighting the hostile aliens and escape. The space station Talos 1 can be explored. Developed by Arkane Studios, Prey released in May this year for PC, PS4 and Xbox One. Here in this guide we will discuss about Talos smuggling ring quests locations.

There are Smuggler’s Dead Drops at various locations. These are safes that you need to break to get the items inside. You need to trigger the Talos Smuggling Quest to get them all. Also, this will unlock the Black Market achievement. This guide will show the locations of these dead drops in the game.

It is in Arboretum Level 3. Get to Lilly’s body. On top of the wall. Use the wrench and hit it 3 times to get the items.

It is in the fitness center of the crew quarters Level 1. From the workstation on the reception, get the gym code (3575) and go into the fitness center. On the right side on top of the wall is an alarm bell. Use 3 hits with the wrench.

It is in Talos 1 Lobby Level 1. Go to the lobby near the stairs and take a left turn. The alarm bell is on the right side of the wall next to the painting.

It is in Hardware Labs Level 1. Get to the top in the Hardware Labs using the Gloo Gun through the lift to find a statue. The alarm bell is right next to it on top of the wall.

It is in Cargo Bay Level 2. Enter the room through the bridge. The alarm bell is in the front wall next to some cargos.