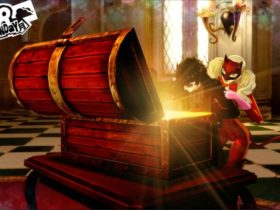 PlayStation 4 or PS4 is Sony Interactive Entertainment’s video gaming console. Here we have collected some common PS4 issues and how to fix these PS4 problems. So let’s go ahead and find out about the fixes to help you enjoy your games without any interruptions. We will talk about PS4 issues like Controller issues, WiFi problems, freeze issue and more.

PS4 Issues and How to Fix Them

How to Fix PS4 Freeze Issue

PS4 freeze when you are in an intense situation in the game can be real mood spoiler. Some of the users do get this issue and it can frustrating if it happens just the game is about to be saved. Well let’s see what we can do to fix PS4 Freeze issue.

PS4 can freeze if it gets overheated. So if you have been using it for a prolonged duration, make sure the PS4 is placed in a well-ventilated area and it is kept on an even surface. Look for any available PS4 updates and get it installed

How to Fix PS4 WiFi Issues

To fix PS4 WiFi issues, here are some things to try.

For PS4 disc read issue, Sony has already released an update. So this issue is not that common now. But if you still get into a situation when you put disc and PS4 doesn’t read it, then do the following steps.

This should fix the disc read issue. If not call Sony support.

How to Fix PS4 Controller Issues

Just reset PS4 controllers to start with and it should fix pretty much all the problems. Then at PS4 controller’s back, there will be a lower button near L2 trigger. Push it. Then just connect the PS4 controller with the USB cable followed by connecting it with the console.

How to Fix PS4 Eject Issues

Some gamers found that even though there is no disc in the PS4, still it tries to eject one. Here’s the steps to follow to fix PS4 disc eject issue.

The disc eject problem should be gone by now.

How to Fix PS4 Turning Off Issue

While you are in the middle of some very exciting situation in the game and your PS4 turns off. Well that is not good and these random PS4 turning off can disrupt your gaming experience.

Sony provided some solutions to this issue and is no longer very prevalent. But if you faced this issue you should check the HD and HDMI cable. Check that the PS4 is well ventilated. If nothing works, get in touch with Sony. You may also get the opposite issue where PS4 doesn’t turn on.

How to Fix PS4 Audio and Video Issues

The PS4 audio and video issues may be because of set up problem. You may find that the audio or video is missing, and in some cases both. Well try to follow the steps mentioned below and see if it helps you fix the audio and video missing issues.

Settings. Go to Sound and Screen and then to manually set the video output to the TV you wish to try. Then turn off the console, move it back to the other HDTV and continue gaming.

To fix PS4 black screen flickers issues, some users have changed the HDMI connection and the cable to the HDTV. This may help some users solve these PS4 issues .

How to Factory Reset PS4

If after trying all the possible fixes for the issues with your PS4, the last option would be to do to factory reset. But be informed that doing so will remove all your PS4 data and configurations. Go to Settings and then to Initialization. Then to Restore Default Settings.

We hope the above mentioned PS4 issues and fixes would have helped you in resolving some common problems.