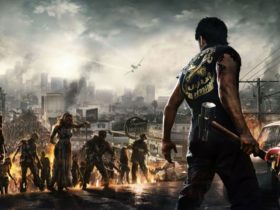 Designed to replace the conventional Smart Messaging Service (SMS) and Multimedia Messaging Services (MMS), Rich communication services better known as RCS was a result of the committee formed by GSMA (known a Global System for Mobile communications) back in 2007. The aim of was to provide a universal internet-based messaging system that was able to communicate between wired and wireless devices across the world.

Launched in November 2016, the universal profile is globally accepted by various mobile network carriers and operating system developers such as Google and Microsoft as well. Alao described as advanced messaging the RCS got agreed upon to be launched with new developed app across different platforms. It was a result of an agreement known as “Cross-Carrier Messaging Initiative” signed by four major U.S carriers in October 2019.

Get RCS enabled app on your phone:

Google announced that it has rolled out all RCS for all its devices back in November 2019. So all phones having Google Android Messages app (PlayStore Link) , inbuilt Samsung messages app and several apps available in play store.

Google has said that they are working on bringing RCS to stock apps that are embedded into the phone from the initial stage itself. Right now a lot of devices doesn’t have android messages as their primary messaging app and one has to download it from the play store.

Enabling RCS on your phone:

The RCS feature has a knack of enabling and disabling itself on certain devices. In order to check whether RCS is enabled on your phone or not follow the following steps:

As of now devices such Realme, Redmi, Asus, MI and few other brands doesn’t support this feature.but it is expected to soon attain it in the near future.

RCS is considered to be the iMessage android version. But then iMessages can be used among iPhone to iPhone only, RCS is a cross-platform service. Leaks have it that it will come with chatbots soon. With the announcement of google business messages having a been integrated with Yellow Chatbot it will be no surprise that they will try to bring in the same feature for the normal messaging app as well!