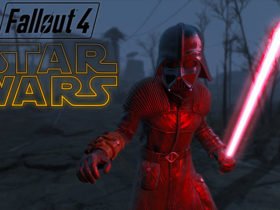 Is your company currently looking to invest in new and effective ways to market its products and services? Are you looking to reach a large audience in a simple manner? If so, the more traditional forms of marketing can make sense, such as posting signage in town. Now, before you start thinking about a billboard-style sign, you may want to stop and check out the technology behind outdoor LED screens that can act as the perfect vehicle for your marketing message.

Here we’ll take a look at the technology behind these outdoor LED screens and how best they can be used.

LED outdoor screens are really enjoying a surge of popularity as of late, which can lead many to assume that the tech itself is rather new. This actually isn’t the case at all, rather they have just come a long way since their initial introduction. Today’s features and the materials used are making them more effective, long-lasting, and more desirable for company’s and clients to invest in, which is what helps to drive the popularity.

When you break down the makeup of the screen, they are made up of thousands and thousands of LED lights. Each of these lights is then responsible for projecting a certain colour that is matched to a frame. These thousands of dots can then render an image, which is the image you see on the screen.

What is really neat is that this technology is actually the same that is used on your smartphone device. The LED outdoor display is just a much larger amplified version of your screen. Now, where it differs from your smartphone is the fact that these large displays are meant to be viewed from a distance, as the closer you get to them, the image may become more and more fuzzy.

This is where the picture quality really comes into play. Screens with a high pixel density will have a much sharper image, which means you’ll be able to view it with ease from many angles and at various distances.

Now, if you want to look back into history to when the first LED was invented, you’d have to look all the way back to 1962 when Nick Holonyak, Jr. invented it for the General Electric company. These early models can’t even compare to today’s flashy high-tech offerings, but it does go to show that this isn’t new technology, rather it is technology that is constantly evolving and improving.

Who Are These LED Screens Used By?

As for what the applications of use are for these massive LED displays and screens, outside of the entertainment industry, they are being used in the hospitality industry ( e.g. restaurants and hotels); in the retail industry within shopping centres and stores; in the healthcare industry for clinics and hospitals; throughout exhibition and conference spaces during special events; and in the corporate environment.

Where to Find These Signs?

As for where you can find these outdoors LED display screens, OnQ Digital, an Australian based company, is really leading the pack when it comes to this technology. They are known for using all the top-notch materials and components, which means you can expect a much longer lifespan. Not only that, but you can rest assured the colours on the screen will be vibrant and true, which helps to make your messaging much more effective.

The LED signs and displays are all developed in-house using proprietary software so that customers can really customise the final look. That proprietary and web-based software also comes along with technical support and service.

It Could be the Perfect Tech for Your Needs

Outdoor LED screens have come a long way since their initial introduction, and today’s technology is really pushing the boundaries on what they are able to achieve, the picture quality, and even the lifespan on these oversized screens. With all that in mind, it could be the perfect tech for your needs.