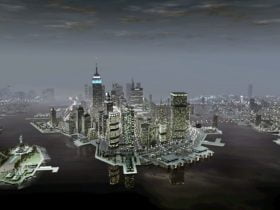 The remake of Resident Evil 2 was announced last year by the Capcom. Resident Evil 6 was a fairly good game, it was superior to Resident Evil 5 in almost every way. It had better scares , visuals and a lot of action too. But, it wasn’t all perfect. The feedback from the gamers about RE 6 will surely help shape this remake, says the developers.

Producer Yoshiaki Hirabayashi said his primary aim is to “recapture the spirit” of the original game. Therefore we hope that it will be good. Moreover did add that Resident Evil 6 has helped him re-imagining this remake but, didn’t say anything in details like the camera angles to be fixed like the original game or to adapt the intriguing and dynamic third-person shooter cam angles.

This game might not include any new gameplay elements but will consist of enhanced graphics , HD audio.

If you want more info about Resident Evil 2 Remake then you can head on to Videogamer.com