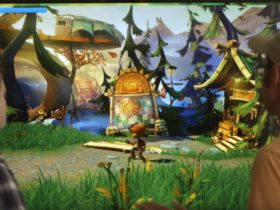 Selling more that 2 million copies, Resident Evil 3 is the second best selling game in Japan. It released on April 3, 2020 and ever since has received some good reviews for its graphics and gameplay. Here we are talking about Resident Evil 3 secret trophies and we will see how to achieve each of these. There are a total of 16 secret trophies, include gold, silver and bronze trophies.

Capcom’s Resident Evil 3 is a remake of 1999 Resident Evil 3: Nemesis. The story revolves around Jill Valentine and Carlos Oliveira trying to survive a zombie apocalypse. The main villain is the intelligent bioweapon Nemesis and it is hunting Jill and Carlos.

Conqueror – Unlocks after you complete the game on Nightmare mode or even higher.
Goodbye, Charlie! – Just destroy all of the Charlie dolls and this trophy unlocks.
Nemesis Down – You must make Nemesis to give up an item, then you achieve this trophy.