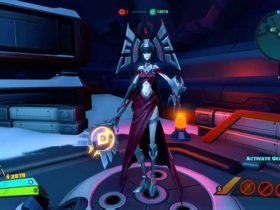 Battleborn Guide: How to unlock and use Taunts

Rise of Tomb Raider launched back in November for the Xbox One and Xbox 360. Phil Spencer, Xbox boss confirmed that the title would make its way to PS4 and PC after an unspecified time making it an Xbox timed exclusive.

If the recent listing of the game on Steam is to be believed, Rise of the Tomb Raider PC version release could be happening in January.

The popular digital distribution platform Steam shows that the game would be launching for PC in January 2016. A more specific date is yet to be listed. There’s no official word from Crystal Dynamics nor Square Enix yet. The publisher officially announced that Rise of the Tomb Raider PC version would be coming in early 2016.

Earlier this month, Amazon France also listed the game to be releasing on PC on January 29, 2016.

Do you believe that Rise of Tomb Raider will be releasing for PC in January? Share your opinion.