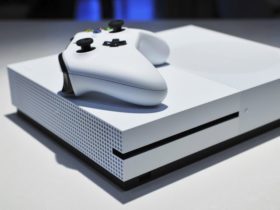 This guide lists out all Rocket League Wheels Types. Rocket League is developed and published by Psyonix. The game released for PC and PS4 in July 2015, and ports for Xbox One, OS X, Linux, and Nintendo Switch were released at the later date. The game is somewhat similar to predecessor Supersonic Acrobatic Rocket-Powered Battle-Cars. In Rocket League, you play soccer but with your car. That’s like you control a rocket-powered car to hit a ball which is much larger than the cars. You have to take the ball needs towards the other team’s goal area and score goals. There is a lot more in the game.

The cars can jump to hit the ball mid-air. When you pass other cars, you can pick up speed boost. This will help in quickly going across the field and you can hit the ball with more momentum. Players can also use it to destroy other cars. Even using the boost when in the air is possible. This mid-air action will help in moving fast in flight to hit the ball in the air. The cars can also perform quick dodges, jump and spin. Well actually there is a lot the Rocket League cars can do. In the racing game, Rocket League, there are 25 different wheel types. They are awarded randomly at the end of each game till the player has collected them all. Each Rocket League Wheels Types are listed below.

That’s all from Rocket League Wheels types list. You may also like to read How to Fix Rocket League Errors like DLL errors, Crash issue, Server issue, FPS problem and more.