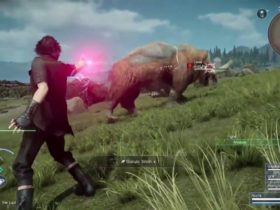 Rocket League is one of the most popular game, period. Getting shown off at the Nintendo E3 2017 slot, we now will be able to play the game on the Nintendo Switch.

The game will launch during the holiday season this year and will feature cross-play between Steam and Xbox One. This version of the game will include customization items and new vehicles for you to enjoy when it’s out.

Winner or nominee of more than 150 ‘Game of the Year’ awards, Rocket League is a high-powered hybrid of arcade soccer and driving with rewarding physics-based gameplay. Take to the pitch for a fully-featured offline season mode, multiple game types, casual and competitive online matches, and special “Mutators” that let you change the rules entirely. Express yourself with one of the deepest customization systems around and battle opponents on other platforms with groundbreaking cross-network play! Rocket League races to Nintendo Switch this holiday.