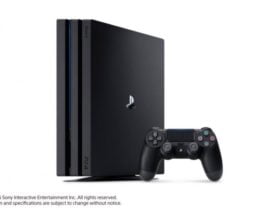 The PS4 Pro Could Win the Console War for Sony

Sega has announced Yakuza Kiwami 2, remake of Yakuza 2, and the launch date is set to be December 7. This release date is for Japan and the standard edition will be available at 7,590 yen and the limited edition 11,590 yen. The game is built in the Dragon Engine.

Some things to know about Yakuza Kiwami 2

Yakuza Kiwami 2 limited edition will come with the game software and 3-disc Kiwami CD set. It will also include a set of 10 business cards of the game’s characters. In addition you will also get costumes, PS4 themes and avatars, weapons, 1 million in-game yen, etc.

At the launch of the game, a special Yakuza Kiwami 2 Edition PS4 model can be purchased via Sony Store Japan. The PlayStation model will be available in Jet Black and Glacier White. A PlayStation 4, a Yakuza Kiwami 2-themed PlayStation 4 top cover, the game’s original theme and original design packaging will come at 33,480 yen (500GB) / 38,480 yen (1TB).