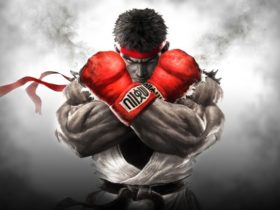 The Solus Project is a first person exploration game with survival elements. It is set in a distant planet and features stunning visuals. So without any more jar jar, we’ll head straight to the game.

You can tell The Solus Project must be really good just by looking at its cover picture. And it is true, the game is an absolute must for the survival genre lovers out there. This game has got you covered in many aspects, it has a great story, amazing visuals and nice survival tactics and scares too. I mean, what else could  you expect from a game? It’s a really immersive and deep experience.

Let me give you some idea about what the game is. Here we go:

Earth has been destroyed by a star and the remnants of the human race have taken refuge on a small fleet of ships near Pluto. Humankind has been searching for a habitable planet and you along with your crew have set out for the searching of a planet. Suddenly while approaching a planet your ship is destroyed and you crash land on the planet with the help of an escape pod.

As you venture into the game you come to know your whole crew is dead you do not have anyone else on the planet and your communication tools are damaged. You have no one to contact to and no way to go home, you are completely alone, stranded on an alien planet struggling to survive.

In your quest for survival in the harsh climate you uncover the dark secrets of the planet and as you continue unfolding mysteries you come to know that you are not alone.

The moment you start the game, you are greeted by the alien planet and a mysterious theme music which I loved.

You play as an astronaut is stranded on an alien planet alone and helpless. Aided by a visual hand monitor of some sorts which shows you details about the environment like wind velocity, ambient temperature, climate etc., It shows info about your body too like body temperature, hydration , hypothermia , calories burnt etc. 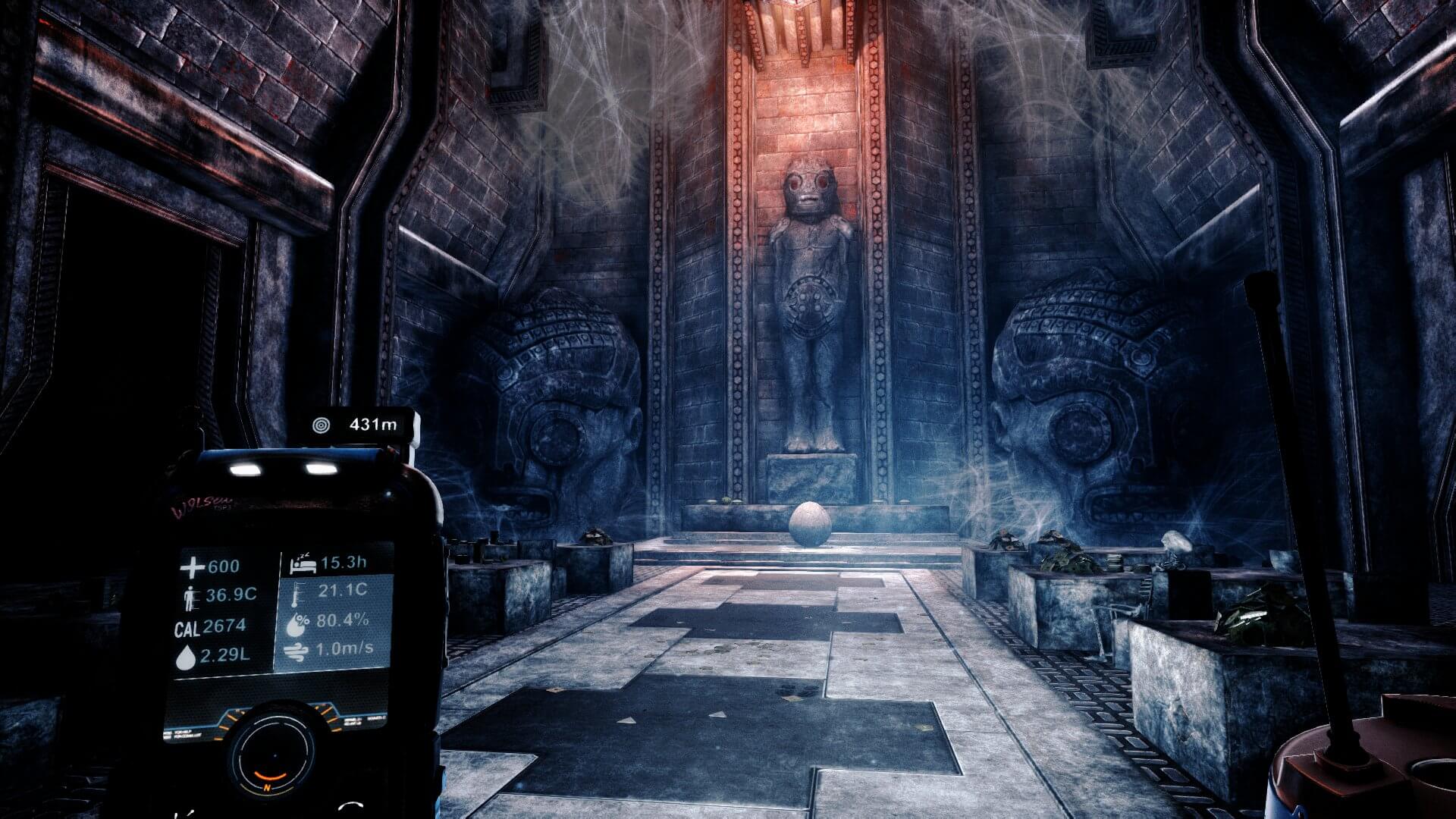 You roam around in a semi-open world alien planet which is entirely hand crafted. The gameplay is linear, you have to advance from one forward vector (checkpoint) to another which will result in advancement of the story. But, you have a beautifully crafted and detailed world around you which is filled with secrets. You will discover deep cave systems which are really deep, so deep you might forget that there is a surface. The cave systems are well thought out and have the correct feel to it, unlike some other games in which it just doesn’t feel that good. You will find various types of objects in the caves, discover buried temples and tombs. When traversing through the tunnels you will find solid evidence of the previous intelligent life-forms before you. But, you will have to discover what happened to them. If you wander off, then don’t worry as it is a linear gameplay you will never get lost in the caves. The game offers suspense and exploration in the correct mix, you will never feel monotonous.

The game is linear, but that is not a bad thing, because even though it is, it offers you a lot of freedom too. You can explore the world. It is up to you which you will follow. If you have a lot of time then go for a relaxing stroll on the alien planet. But, beware of the harsh and ever changing weather as one moment it is raining water the other it might rain meteorites. Sometimes there are earthquakes too. And there are extremely cold snow storms too, which can go till -20 Celsius.

From what we can conclude is that the Gliese-6143-c is a harsh land. The days can be very hot while the nights unforgivably cold.

The game world consists of 5 islands which are connected by a system of caverns. If you want to travel from one island to another you have to go through the caverns. While you explore this beautifully treacherous world you will come across the wreckage of your ship. From the debris you have to fond the usable important tools to craft items. Well, this a survival game after-all. You have to survive a punishing world and for that you have to judiciously use your resources and plan out something. In this game the emphasis has been given to all elements of survival like eat, sleep, weather etc. equally. You have to drink water frequently to keep yourself hydrated, you eat food which you find in the debris but also the food found across the planet. Along with the consumption part you will have to be aware of your environment as well. If you enter a dark cavern use a pipe and some flammable roots, tie them together, dunk it some oil and light it up by using a lighter or by showing it near a rocket booster engine. Really, there is a lot if interactions and crafting to do in this game in order to survive. You learn to use your surroundings for your own benefit and advance in the game.

From the ship parts that you scavenge from around the planet help in your survival. It helps you repair you damaged transmitter and is some cases helps you break through walls. Exploring the world before you head-on to your next forward vector really helps you in surviving the game, understanding the game better and enjoying the game a bit more.

This Unreal Engine 4 master-piece is visually really good. The planet is a beautiful and giant piece of art. Initially the game was a bit stuttery, but it is fixed now. It is one of the best optimized PC games out there with great graphics, it doesn’t beat the AAA titles but sure is pretty close. With my GTX 750ti Super-clocked it ran at 60 fps at 1080p with no major frame drops at all.

This game is worth every penny. I loved it. This game introduced me to the survival genre and I loved it. If you are looking for a true survival experience with balanced difficulty and good story line then this game is an absolute must for you.

I want to know your thoughts about this game too, let’s have a discussion in the comments below. 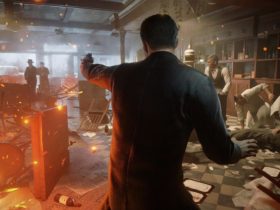