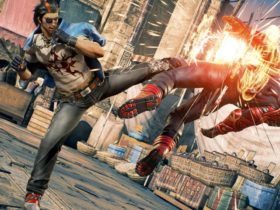 Splatoon 2 both developed and published by Nintendo. This team-based third-person shooter video game is playable on Nintendo Switch. 8 players can play in an online 4 vs. 4 battle. Splatoon 2 released on 21 July 2017. Players control characters known as Inklings and use coloured link to attack opponents and clear goals. Let’s find out how to defeat Neo Octostomp.

Once you have collected all six zapfish in Area 3, you will unlock the third boss kettle. You will face the Neo Octostomp here. This guide will show how to beat this boss in the game.

It is recommended to make use of Hero Dualies in this fight. Also visit the Ammo Knights Enhancifier to upgrade your gear and weapons. Equip the Curling Bombs as well.

The first phase begins with the boss rushing towards you. Dodge either side and hit a Curling Bomb on him. You have to get him to knock himself over to expose his tentacle. When this happens, use Hero Dualies and Ink up the side of his body and fire at the tentacle to end the first phase.

Phase two becomes difficult. He now has a coating of ink-resistant material on its body making it very difficult for you to coat him with ink. Focus on the large belt that makes its way around the boss. Focus on the buckle covering the face. You need to get that buckle off to nullify the ink-resistant material. The boss jumps into the area and face plants itself to hurt you so avoid this attack. Focus on the buckle, removing the coat. Wait and when the boss does the faceplant attack, you have to ink up his side. Then quickly attack the exposed tentacle again.

Phase three is really tough. Now, he has multiple faceplates making dodging his attacks more difficult. Focus on the buckle like normal and once it is off, wait for his faceplant attack and ink up his side to expose his tentacle again. Attack it to finish this fight.