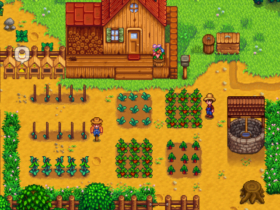 Stardew Valley Guide: How To Save Game And Exit

Splatoon 2 is a team-based third-person shooter video game developed and published by Nintendo for the Nintendo Switch. It is the sequel to the 2015 Wii U title Splatoon and the game is playable upto 8 players in an online 4 vs 4 battle. The game was released on 21 July 2017. Players control characters known as Inklings and use coloured link to attack opponents and clear goals. Splatoon 2 Guide: How to Defeat Octo Oven.

Interact with the Boss Kettle at the centre of the Tentakeel Outpost. The boss’ main attack is spitting out bread loaves to knock you out of the arena. Move around the stage and avoid the loaves. You have to go all the way to the top and attack the lone tentacle hanging out. Ink it.

When the boss plunges back down onto the ground, it will shoot out all its loaves, allowing you to ink them and climb up. Make your way to the top again but be quick as the loaves could slap back inside anytime. Search the tentacle located in the middle of the oven. Then shoot it with the help of ink gun. This will blow if off, shooting you off the oven and back into the area.

Now, many ink well shooting purple ink will be introduced by the boss. Do not hit these. Keep moving around, avoiding the boss until the loaves pop out again. Look for the best way up as there are not as many loaves this time. Shoot the tentacle again. Now, for the final round. The boss will start attacking with a shower-like ink attack that you just have to avoid. Keep moving around until the loaves shoot out again. Go up and take out the tentacle to end the fight.

Read more: Splatoon 2 Guide: How to Turn Motion Controls Off