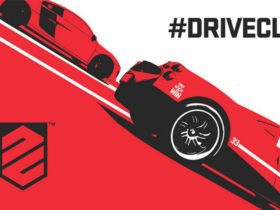 Splatoon 2 developed and published by Nintendo. This team-based third-person shooter video game is playable on Nintendo Switch. 8 players can play in an online 4 vs. 4 battle. Splatoon 2 released on 21 July 2017. Players control characters known as Inklings and use coloured link to attack opponents and clear goals. Splatoon 2 Guide: How to Defeat Octo Samurai.

The six zapfish needs to be collected to unlock the next Boss Kettle. Now, you can take on the next challenge of taking down the Octo Samurai. This guide will show how to beat the Octo Samurai in the game.

Get back to the Ammo Knights Enhancifier in the first area. Upgrade your gear and weapons. Also use an Ink Tank upgrade which allows you to fire for greater durations.

Go to the boss kettle now. You will see that there will be a pool of purple ink and the boss, having a big ink roller, will appear from there. Keep circling him to avoid his attacks. His roller leaves a layer of ink on the ground behind you so if you are short on ink, use that to refill your tank. Get behind the boss and fill ink at his back before starting to circle again.

After some time, the roller will become an Octocycle. The boss will ride it towards you. Avoid it and run behind the boss to fling ink at it. Continue flinging at the boss’ back and wait till the boss is totally covered in your ink. A tentacle will get exposed. Attack it to finish the first phase.

At this point, the boss jumps towards you and attacks with a powerful downwards strike. Roll your ink laterally into the arena to give yourself speed to escape his attack. After he finishes his jump attack, go behind him and attack with your Ink Roller.

The boss also uses a baseball swing attack. He raises his weapon and a high pitch noise is emitted. Back away as much as you can after hearing this noise. The boss will execute a spin attack flinging ink around a 360 degrees area. Avoid all these new attacks and fling ink at him whenever you can. Another tentacle will expose once you coat him completely. Attack it to finish the second phase.

The third phase sees the boss gain even newer attacks. The boss attacks with a downward thrust. This will send out a long line of ink towards you. Avoid it three more times. Now, the boss will pause giving you time to attack him. Keep an eye for all his movements and ink him whenever you can. Expose the tentacles again and attack them to finish the fight.