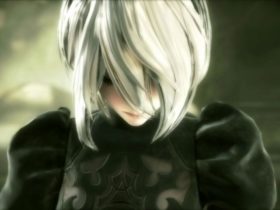 Nier Automata Guide: Heritage Of The Past Collectibles Locations

Splatoon 2 developed and published by Nintendo. This team-based third-person shooter video game is playable on Nintendo Switch. 8 players can play in an online 4 vs. 4 battle. Splatoon 2 released on 21 July 2017. Players control characters known as Inklings and use coloured link to attack opponents and clear goals. Here we will talk about Splatoon 2 Sunken Scrolls Locations Part 1.

Sunken Scrolls are collectibles in the game which provide insights into Splatoon’s world and its people. There are some really interesting facts hidden in these scrolls. This guide is part 1 of 3 of the sunken scrolls locations guide.

TENTAKEEL OUTPOST
This is the game’s first area. Search and destroy a yellow balloon. This will cause another balloon to appear. Follow this line and the final balloon will get you the sunken scroll.

LAIR 1: RETURN OF THE OCTARIANS
Locate a narrow grated walkway with a small platform below it. You got to drop through the gate. Then search for a path on another walkway and this will lead to a crate. Paint up the metal section of this wall and then squid swim up to the grate and break the box.

LAIR 2: WELCOME TO OCTOPIA
Take down the Shielded Octatrooper in the second lair. Move to the platform below. Look for a Balloon Fish and then fill it with ink and destroy the nearby crate.

LAIR 3: SUNSET OCTOCOPTER
Look around for a pillar and then use nearby Dash Track to boost yourself up to the pillar. You have to ink the wall. Then got to the top by swimming up the dash track.

LAIR 4: ENTER THE OCTOHURLER
Keep an eye out for a platform with two crates, accessible by riding a spread. To move to the next section of the map, hop onto the launchpad.

LAIR 5: THE OCTOPARK
Ride the Ride Rail spiraling upwards and look for a squid ring you can jump through. Jump off the rail and land on the platform and destroy the crate.

LAIR 6: OCTOZEPPELIN INVASION
When you encounter a large array of Octorpedoes, you can find this scroll. Find a hidden ride rail which you can jump on to go to a hidden area. One of the crates here has a sunken scroll. Bypass the octorpedoes by using the nearby launchpad to land near the vault.

LAIR 7: BACK-ALLEY CLEANUP
Clear out the platform occupied by Squee-G and Octobomber. Ignore the launchpad and look for a path off to the right. Go there to reach a small crate with a sunken scroll.

LAIR 8: SPINNING CAMPGROUND
Cross the large group of Inkfurlers. Look for a platform on the left and go there to find a small crate. Destroy it to get the sunken scroll.

LAIR 10: OCTOSEEKER SHOWDOWN
Look for nearby areas with sponges and peer down to find three sponges hidden. Ink them and drop down where you will find a hidden platform with a scroll.

SUCTION: CUP LOOKOUT
Look for the series of green balloons. Then follow the arrows that will lead to the next set. Hit all of them and then you will get the sunken scroll.

BEAKER’S DEPOT
Near the base of Lair 10. Equip the Hero Charger. Then shoot the first balloon. Then go as per the arrows to get to the final balloon and grab the scroll.