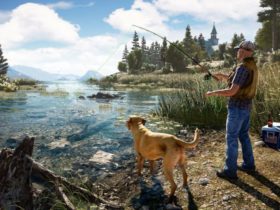 Far Cry 5 Guide: Fishing Locations and How to Catch Fish

Splatoon 2 is Nintendo’s team-based third-person shooter video game. It can be played on Nintendo Switch. It is the sequel to the 2015 Wii U title Splatoon and the game is playable upto 8 players in an online 4 vs 4 battle. The game was released on 21 July 2017. Players control characters known as Inklings and use coloured link to attack opponents and clear goals. Splatoon 2 Guide: How To Unlock All Hero Weapons.

Splatoon 2 Guide: How To Unlock All Hero Weapons

At a point in the single-player campaign, Sheldon will ask you to test out new weapons to help him get a full release. Complete all twenty-seven lairs in the game to unlock these weapons in the multiplayer mode. You will also need to take down all five bosses. You will have to complete the game with each of the Hero Weapons to unlock them. Here is a chart to help you out.

As you can see, it will take some time to unlock all hero weapons.