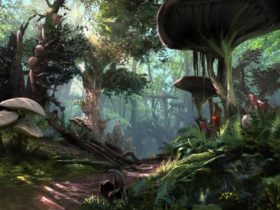 Splatoon 2 is a team-based third-person shooter video game developed and published by Nintendo for the Nintendo Switch. It is the sequel to the 2015 Wii U title Splatoon and the game is playable upto 8 players in an online 4 vs 4 battle. The game was released on 21 July 2017. Players control characters known as Inklings and use coloured link to attack opponents and clear goals. Let’s discuss about how to Upgrade Weapons in Splatoon 2.

Splatoon 2 Guide: How To Upgrade Weapons

First, you need to reach the point up to the third lair, just before the first boss fight. When you defeat this boss, you will unlock the first of the many hero weapons the game offers. The Ammo Knights Enhancifier gets unlocked. This can be used to upgrade weapons that you acquire from Sheldon.

You need some Power Eggs. These are little round orbs found in all lairs by breaking crates, popping balloons and by completing various levels. You will also need Sardinium which is a premium currency found throughout the world. There is usually one Sardinium per lair so always be on the lookout while in the lairs.

After collecting all the items, get back to the Ammo Knights Enhancifier and activate it. Choose the weapon that need to be upgraded. Upgrade it. You can also see the missing things required for the upgrade if you dont have all the necessary things.

Read more: Splatoon 2 Guide: How to Unlock All Hero Weapons