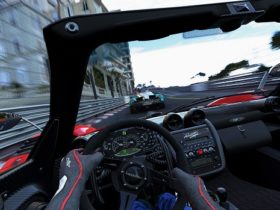 Star Wars: Battlefront 2‘s story mode is is being written by Spec Ops: The Line’s Lead narrative designer Walt Williams. If you don’t know about Spec Ops, it’s an extremely narrative and story driven game which has been commended by fans and critics alike.

Excited to finally reveal what @MitchyD and I have been working on for the last year. Can't wait for you to meet Inferno Squad. #StarWars https://t.co/J4qJlWMmxH

In a twitter announcement, he said that he was working on the upcoming Star Wars game; inferno squadren imperial special forces unit which was shown in the latest Star Wars Battlefront 2 trailer.

While we’re extremely excited about what’s to come in this possibly amazing story driven campaign, we noted that there are a lot of popular characters from the SW universe like Yoda, darth maul and Yoda and the multiplayer side has almost all the characters from all the eras.