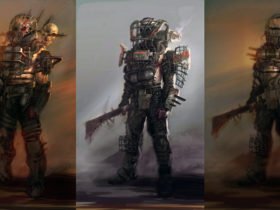 How to get into the secret dev room in Fallout 4

Here is something amazing. We will check out how to make homeworld a tomb world in Stellaris. Stellaris, a 4X grand strategy video game, released worldwide on May 9, 2016. Stellaris is developed by Paradox Development Studio. The game is about space exploration, mass genocide, managing an empire and warfare with other space-faring civilizations. Stellaris released for Microsoft Windows, OS X, and Linux platforms. This guide shows you an amazing YouTube tutorial video which lets you know how to make your Stellaris homeworld a tomb world.

To make things even more exciting, a Steam user has uploaded a tutorial video that shows you how to make the homeworld a Tomb World. And the process is quite simple.

Stellaris How to Make your Homeworld a Tomb World

A simple and easy file edit after you set up the race, is what will make this possible. Here is the video.